Yes – you read that correctly. I won it 123 times. Fancy that eh? What an incredible run of luck.

Now pause, if you haven’t already.

You couldn’t make it up.

I don’t get the chance to write pieces like this as much as I’d like to these days, but I felt the urge to share this one. It’s incredible and insightful in equal measure.

I’m not making up the stuff about the winnings. This is a real answer from the father of a convicted money launderer. I’m not proud to say that that it’s from my home city of Birmingham.

The UK’s National Crime Agency (NCA) has published details about it today. It’s an interesting one as there are details around how additional proceeds of crime are used to repay a confiscation order!

The other element that caught my attention though was around a money laundering typology which I wasn’t familiar with. So let’s have a look at that. 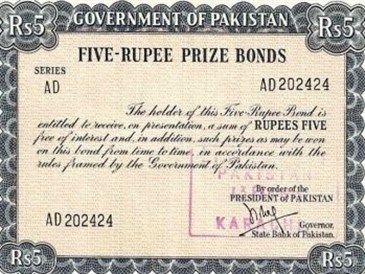 The gentleman involved in the above case used black-market prize bond dealers in Pakistan a bid to fool investigators into believing he had won legitimate prizes.

The article from the NCA explains that winners of the Pakistan state lottery have to wait several weeks to collect their winnings.

Because of that, some are willing to sacrifice an amount by selling their winning ticket to an agent for a lesser sum - which they get immediately.

The black-market agents then sell on the winning tickets – for more than they are worth – to crooks needing to launder their criminal proceeds, who then get prize organisers to issue payment in their name.

I did a little research on this and it’s mentioned elsewhere on the internet. In February 2017, Pakistan today reported that the illicit business is at its peak. It was revealed when a man won 135 times on the country’s prize bond schemes in a 29 week period.

The same article references the NCA case of the men from Birmingham, and says that “it is worth mentioning here that the Pakistani agencies have paid no attention as the lucky man was paid out 135 times by the State Bank of Pakistan.”

It does seem, however, that the selling of these Prize Bonds isn’t actually allowed. In 2012, the Pakistani Parliament passed a piece of legislation meaning it is illegal in Pakistan to sell or promote to sell prize bonds unless authorised by the federal government.

This doesn’t appear to being particularly well enforced though. Or a new phenomenon, as a further article highlights a similar issue as far back as 2012.

The Value of Typologies

Keeping abreast of typologies is a great way to better understand the ways in which financial crime can manifest. When there is an incredible story attached, it makes it even more engaging – particularly if you are trying to educate friends/colleagues in respect of these risk areas.

If you’re interested in these ‘truth is stranger than fiction’ style stories, you should also check out my blogs on Transnational Crime 2.5 and Stranger than Fiction.

You can also use our International Compliance Training Study & Network Group on LinkedIn to keep up to date with hot topics and case studies. We have 16,000 members so please look us up.

Finally – the upcoming ICA webinar will likely interest you! Another amazing tale of how following the money can uncover all sorts of criminal activity. As well as the learning points that we can apply in our professional lives.

All of these ultimately come under the banner of the stalwart Plausibility Test. If it looks too good to be true – maybe it is… (honestly – 123 times?!?!?).