The bank was established in 1972 by Agha Hassan Abedi, a Pakistani banker who envisaged a bank focused on the third world, and was incorporated in Luxembourg, with headquarters in London. Abedi had financial help in setting up the bank from Abu Dhabi, which became BCCI’s major shareholder.

In the late 1970s, the Gulf shipping group owned by Abbas Gokal (who was BCCI’s main borrower) was close to bankruptcy. BCCI secretly threw money at Gulf to keep it going and falsified the books at the same time. This carried on for the next 15 years, with BCCI creating fictional transactions to cover up other non-performing loans and by the end, the bank was consistently using customer deposits to paint a picture of financial health.

In 1980, the Bank of England (BoE) granted BCCI a licence to trade in the UK; a move which was regarded as a mistake by BCCI’s creditors. They subsequently claimed that the BoE received alarming reports about BCCI but because it was the BoE that had granted a licence, it refused to admit its mistake. One BoE memo in 1982 actually described BCCI as ‘on its way to becoming the financial equivalent of the Titanic’. 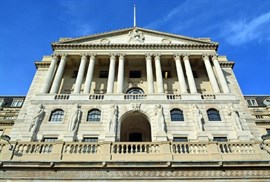 During 1987, the BoE, along with others, formed a group of regulators to supervise BCCI. BCCI was then investigated for allegations of money laundering by a US Senate sub-committee, as well as links to the Panamanian dictator Manual Noriega. BCCI has also been linked to many other unsavoury customers, for example, Colombian drug baronsand the Abu Nidal terrorist organisation, while the CIA admitted in August 1991 that it used BCCI ‘as a way to move money’.

The beginning of the end

Robert Mazur (we will come back to him later) was a federal agent who went undercover in the mid-’80s in an operation named C-Chase, and was able to infiltrate the Colombian Medellin Cartel by posing as a well-connected businessman. He then used this to infiltrate the private client division of BCCI and uncovered how it was able to manipulate complex international finance systems to help drug lords, tax cheats and corrupt politicians launder money. In 1988, he created a fake wedding in Tampa, Florida, to which he invited BCCI executives and drug dealers he had befriended while undercover. This was actually a dramatic takedown operation and led to more than 80 men and women being charged worldwide and BCCI pleading guilty to money laundering in a case that lasted six months. Four bank officers were convicted and the bank had to pay a $14.8 million fine.

In 1990, auditors Price Waterhouse alleged that some transactions on BCCI’s 1989 accounts were ‘false or deceitful’ and Swaleh Naqvi (the BCCI chief) resigned. Abedi, who had already retired following a heart attack, severed ties with the bank.

Finally, in March 1991, the BoE ordered an investigation by Price Waterhouse, which found that there was ‘evidence of massive and widespread fraud’. This investigation caused the BoE to announce that BCCI might never have been profitable and to close it down in July 1991, with liabilities of $14 billion, later reduced to $10 billion. Its collapse caused over 6,500 depositors to lose their money, including the Emirate of Abu Dhabi, which is believed to have lost $2 billion.

Later in July the same year, Robin Leigh-Pemberton, the BoE Governor, told a parliamentary committee that fraud at BCCI involved current and former management and the culture was ‘criminal’. The US Federal Reserve then fined BCCI $200 million for violation of ownership laws involving three American banks. Abedi and Naqvi were indicted by New York District Attorney Robert Morgenthau, who called the case the ‘largest bank fraud in world financial history’. Abedi, however, was in Pakistan, where officials refused to give him up; he died in 1995, never having been brought to justice.

In the wake of BCCI’s closure, a report was published by Lord Binghamin 1992, which stated that the BoE failed to spot widespread fraud in BCCI. However, the conclusion was that the BoE was responsible for mistakes, rather than a conspiracy or deliberate negligence. In response to this, the BoE created a special investigations team to identify and prevent further fraud.

Later that year, the Americans published their own report entitled The BCCI Affair, written by Senators John Kerry and Hank Brown. This report was very scathing about BCCI and the BoE, which subsequently caused the BoE to describe Kerry's conclusions as 'extraordinary' and having 'no factual basis'. The report was, however, equally critical of the CIA, the Justice Department and of US regulators, saying they had information on BCCI and didn’t use it and made flawed decisions which ‘allowed BCCI to secretly acquire US banks’

The report claimed that BCCI had bribed world leaders and political figures as well as befriending them, discredited people who were telling the truth, ‘engaged in billions of dollars of largely anonymous trading in the US which included a very substantial level of money laundering’ and didn’t protect innocent depositors from the aftermath of the bank’s poor practices, which were something the auditors knew about for years.

Deloitte began litigation in 1993 against the BoE, accusing the bank of ‘malicious recklessness’. Then, after two years, the Luxembourg court granted a compensation deal which started the ball rolling on the first major payout since the bank collapsed.

In 1997, Abbas Gokal was found guilty of conspiracy to defraud and account falsely and sentenced to 14 years in prison. As well as this, he was fined £2.9 million to be paid in two years or have an extra three years added to his sentence. He appealed this in 1999 and lost. He was then released in 2003 by the Home Office, even though he didn’t meet the terms of his fine.

In the same year, Gordon Brown, when he became the UK’s Chancellor of the Exchequer, transferred banking supervision from the BoE to the Financial Services Authority. The BCCI case is thought to have played a part in this.

Deloitte managed to recover billions of pounds for the creditors but only recovered 75% of losses via various legal actions. High Court action by Deloitte against the BoE started in January 2004. In this, the liquidators alleged that the BoE ignored fraud, money laundering and bribes at BCCI and as it was BCCI’s regulator at the time, Deloitte claimed up to £1 billion in damages. The liquidators also claimed that the BoE was guilty of wilful misconduct.

The BoE declared it would fight till the end, even though the case could end up costing £100 million just in legal fees, and allegedly accused Deloitte of fighting a ‘flimsy legal claim’ and wasting the creditors’ money in doing so.

The barrister for Deloitte, Gordon Pollack, claimed that the BoE ‘shut their eyes’ to the fraud happening at BCCI so it couldn’t be blamed. He also described Mr Abedi as corrupt and had designed the structure of the bank to dodge controls, while advising he saw no corruption from BoE officials. He also stated that by granting BCCI a licence to trade in the UK, it had a duty to supervise it.

The only thing the BoE admitted was that it could have done more to uncover the fraud. It fiercely denied that it was involved or purposely failed to intervene. It stated that it would have been futile to cover something up, as it was sure to surface after BCCI collapsed.

Over a year later, the trial was still going and then BoE Governor Mervyn King declared that the claim ‘never should have been brought’. He also stated that the trial could cost the BoE and therefore the taxpayer, £100 million if it wasn’t finished by the end of that year.

Finally, on 2 November 2005, a month after the BoE rejected an offer to settle the case, Deloitte dropped the case against the BoE after the High Court said it wasn’t in their best interests to continue. Later the presiding judge called the failed lawsuit a ‘farce’.

Mervyn King spoke out and said: ‘There has never been a shred of evidence to support these disgraceful allegations, and the case has collapsed as we always expected it would’. He also stated that the BoE would be seeking compensation for the costs incurred during the trial.

Fast forward to 30 January 2006 and the BoE made one of the biggest claims for costs in English legal history, when it called for £80 million from Deloitte. A day later, a judge agreed that costs should be awarded on an indemnity basis but would rule on the amount at a later date. Five months later, £73 million was awarded to the BoE, which called this ‘an excellent result’ and that it would be able to ‘draw a final line under the case’.

The files were finally closed in 2012 when a final meeting was held in Westminster’s Central Hall with 150 creditors, lawyers for the creditors and Deloitte where it was explained that the battle for recoveries was immense and worldwide. Deloitte told the meeting that its team had visited desert warehouses and they were only allowed to inspect some papers under armed guard.

Ordinarily, this would be the end of it but it seems as though the after-effects of the BCCI case were still being felt up until very recently. When the files were closed in 2012, the decision was made to abandon a case against Saudi Arabian business man Abdelraouf Hassan Khalil which the liquidators had been pursuing since the early ’90s. They had tried to enforce a payment order for $326 million, however they weren’t able to get past several political and procedural obstacles.

When this action was finally closed in July 2013 by the Luxembourg Commercial Court, it prompted several creditors of BCCI, including Dr Adil Elias (who was a member of the BCCI creditors’ committee in Luxembourg for 22 years), to criticise this decision. They asked the court to reopen the proceedings to recover the funds from Khalil.

However, in March 2016, the Court of Appeal in Luxembourg ruled against Elias, stating that he had ‘no standing to bring a third party opposition, because in such capacity, he was a party to the 5 July 2013 closure order’. They also ruled against the other creditors because although they were creditors of BCCI, especially in the UK, they weren’t creditors in the Luxembourg liquidations and therefore they had no authority to oppose the closure order in Luxembourg.

Earlier, I mentioned Robert Mazur and how his undercover operation C-Chase started the takedown of BCCI with the staging of a fake wedding.

It was while he was working as a consultant on the crime thriller Miami Vice in 2006 that he was approached by the film’s director Michael Mann, who told him that his story would make an incredible film. This spurred Mazur to spend six months writing his book, The Infiltrator. This has since been turned into a film starring Bryan Cranston (from Breaking Bad) as Mazur and is due for release in the UK in September this year.

This just shows how corruption, fraud and money laundering is still a hot topic and something people are interested in. In an interview with the Tribune in Pakistan in 2015, Mazur said he was 100% sure that other banks were doing what BCCI was doing at the same time, stating: ‘Many other banks laundered money too – they still do.’

If this is true, and thinking about recent bank scandals, will these cases soon be a thing of the past? Probably not, but hopefully not to the size and scale of the case of BCCI, which lasted 25 years by the time it came to an end.