How to Enable Staff in Firms to Report Suspicious Activity

Is your firm identifying and reporting the appropriate level of suspicious activity in respect of money laundering? For many of the firms and AML professionals that I speak to the answer is a clear no.

There are many barriers to people reporting suspicious activity.

What Does the Law Say? 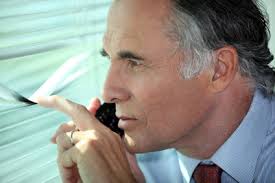 In most jurisdictions individuals employed in the regulated sector have to report suspicious activity if they know or suspect or have reasonable grounds to know or suspect money laundering. This means that those in the regulated sector are judged by the objective standard, in other words to the standard of a reasonably competent person in their position. We also know the words “know” and “suspect” are important, but what do these words mean in practice? Case law tells us that suspicion must be more than a vague feeling of unease and based on some foundation that is more than fanciful. Case law has also established that knowledge can be both actual knowledge and wilful blindness (ignoring the obvious or not asking the difficult questions)

So how do we respond?